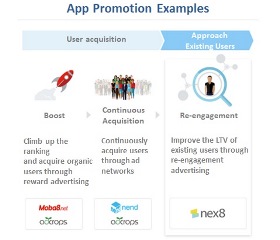 nex8, one of F@N Communications, Inc.’s services is proud to announce that re-engagement offer is launched, covering both iOS and Android.
Thanks to the implementation of the new AdID re-engagement offer, advertisers can now re-engage users and expand their target audience across all OS’s.

■What is Re-engagement?
Re-engagement is targeting users who previously installed and/or who have been inactive for a period of time. Better quality, LTV and engagement are achieved through this. 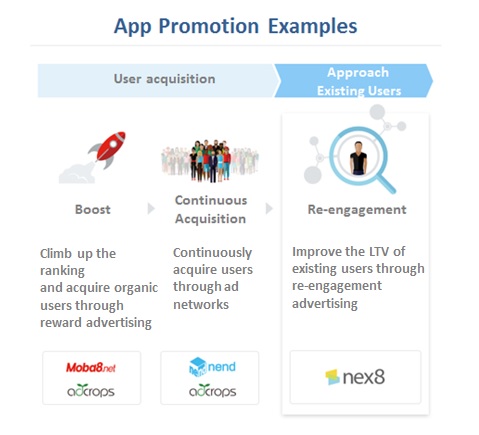 ■What is nex8?
nex8 is a RTB platform that has a variety of methods for web and app promotion.
Competitive and effective, advertisers target the right audience at the right price.
It is amongst others, connected to one of the largest Japanese smartphone ad networks- nend, with over 62 Billion impressions a month. It will continue to expand to and connect to more SSPs in the future.

Your Preferred Choice for Affiliate Marketing